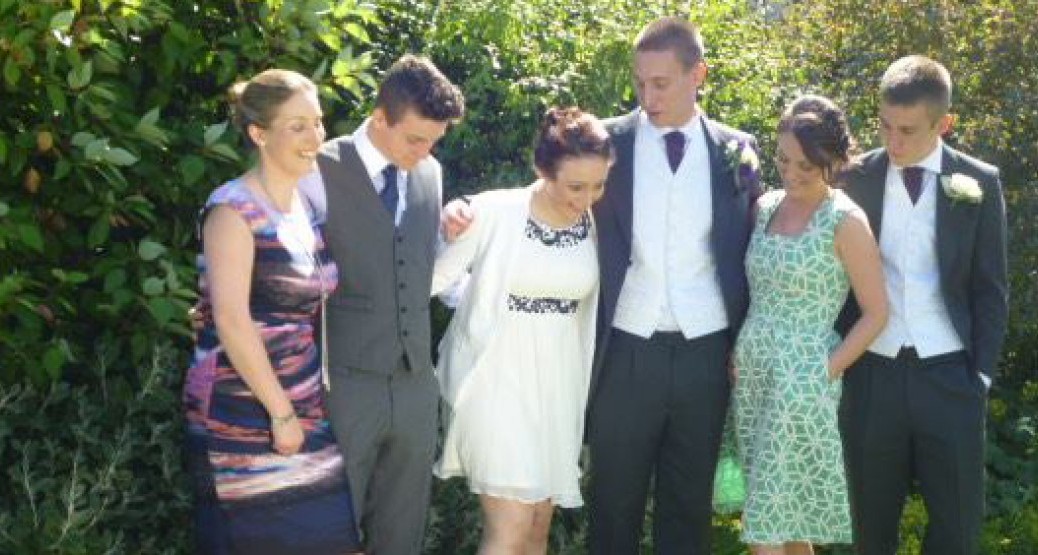 The men in my family aren’t doing too badly for themselves when it comes to ladyfolk.

My eldest brother who’s 27 years young has a beautiful wife. They were married last summer and we were all so happy to have her join the family. She’s a wonderful girl and adores my big bro (I figure we all have our faults, so we don’t judge her for that one)!

The middle brother is 21 and he’s engaged to a lovely girl who has even managed to get him hoovering on a regular basis and cooking more than beans on toast, which was always going to be an impressive feat, so serious brownie points there!

As for the littlest brother, whom I probably can’t get away with calling little in any sense of the word any more, he’s just-turned 16 and seems out of nowhere to have become a good looking, strapping young bloke. Hopefully he never reads this though, we don’t want that noggin getting over-inflated. It is my sisterly duty to keep him down to earth after all and that’s not done successfully by dishing out the compliments too generously! Anyway, my not-so-little brother has a lovely girlfriend, who’s an older woman, no less!

So they’re not doing badly at all, my merry band of brothers.

However despite all of the above, I was still surprised, amused and quite frankly reduced to coo-ing like a broody 20-something at a toddler’s nativity play the other day, as I struggled to cope with the cuteness levels when I discovered that even my nephew has somehow landed himself a girlfriend. My 3 year old nephew!

Her name’s Thalia, I think. I can’t be 100% sure as his little voice was very muffled by the school jumper sleeve that was swiftly crammed into his mouth when I asked, as well as by the fact that he basically just didn’t want to tell me.

What is this little girl like? Well he says that she smells. Naturally. After all he’s just under two months from his 4th birthday, and she’s a girl.

Naturally he was a bit embarrassed about the whole situation and as you would expect his big sister, at the grand old age of 8, had a whale of a time with this valuable information that she had managed to appropriate at school that day. I’d feel bad for the little guy but let’s face it, he’s going to be in a great position to exact his revenge in a few years’ time, when big sis tries to get away with anything that she shouldn’t be doing, at school or otherwise. Little brothers (and sisters) have an uncanny way of making sure they’re around at the most blackmail-worthy moments; and I’m sure the little guy will get his own back!